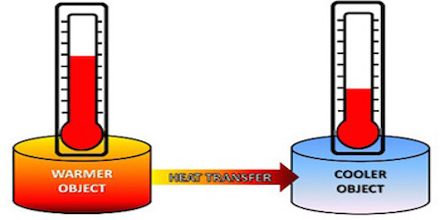 Heat is transferred through a material by being passed from one particle to the next. Particles at the warm end move faster and this then causes the next particles to move faster and so on. This lecture focus to describe on Heat Energy. Heat energy is the term that we use to describe the level of activity for the molecules in an object. An object with molecules that are very excited and zip around rapidly is known as being hot, while an object with molecules whose atoms move around less rapidly is known as cold.