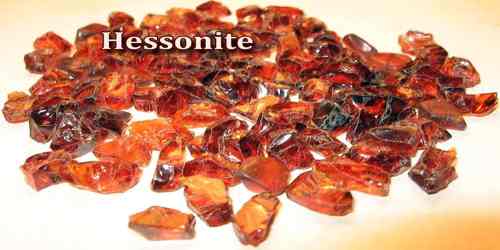 Hessonite is an orange-brown variety of grossularite garnet also called essonite, cinnamon stone. Its general formula: Ca3Al2Si3O12. It is also known as cinnamon stone after the colour of the spice Cinnamon this gemstone is the Gemstone of Planet Rahu as per Vedic Astrology. The basic elements in a Hessonite Garnet are Calcium, Aluminium, Silicon and Oxygen. The honey color hessonite gemstone or gomed stone assists in dispelling all the negativity from the mind of an individual with its effective rays which infiltrates deep down in the body and the mind of a human being and combat against toxic materials that sustains in body from extremely long time. It is also known to intact the immune system of the body and prevents human beings getting influenced from various severe diseases. Moreover, this stone endows comfort of mind, releases the emotional burden and rejuvenate life. Hessonite comes chiefly from Sri Lanka and India where it is found generally in placer deposits, though its occurrence in its native matrix is not unknown. It is also found in Brazil and California. The price of the Hessonite Gemstone is determined by lack of treatment, clarity, and colour and carat weight. The cut plays a role too, but most important are lack of treatment and purity of colour. Poor quality Hessonite material as per the Gem Pyramid costs anywhere from $1 to $20 per carat.

Properties and Effects of Hessonite If the Hessonite Gemstone is well suited then the individual will experience tremendous mental relief and release from mental agony. The beneficial effects of the hessonite are felt by having clarity in mind, confidence, release of fear and clearing of confusion. The Hessonite effects are felt almost instantly as it is a strong stone ruled by the Karmik Planet Rahu.