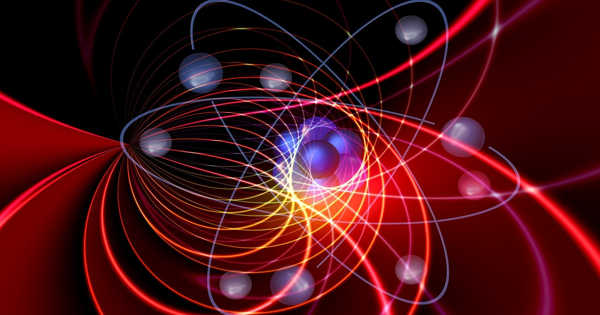 Prof. Du Jiangfeng, Prof. Rong Xing, and their colleagues from the Chinese Academy of Sciences (CAS) Key Laboratory of Micromagnetic Resonance have set the most stringent laboratory constraint on the exotic spin- and velocity-dependent interaction at the micrometer scale. This research was published in the journal Physical Review Letters.

The search for dark matter, dark energy, and extra forces are critical for understanding the existence of the matter that makes up roughly a quarter of the universe, but little progress has been made. It is necessary to find particles outside the Standard Model, a traditional model for microscopic particles that excludes dark matter, as candidates for dark matter both theoretically and experimentally.

Scientists have set the most stringent laboratory constraint on the exotic spin- and velocity-dependent interaction at the micrometer scale.

The researchers conducted an experimental investigation of velocity-dependent exotic spin interactions in this study. They used the quartz tuning fork to drive the mass source in a direction perpendicular to the diamond surface, causing simple harmonic motion.

The experimental sequence was then designed to convert the exotic interaction to be investigated into the quantum phase information of the single-spin quantum sensor. At the micrometer scale, this experiment established the laboratory limit for a type of velocity-dependent spin interaction. The limit at 200 microns is four orders of magnitude tighter than the bound established in previous results based on Cesium, Ytterbium, and Thallium atomic spectra.

Exotic spin-dependent interactions between fermions have recently sparked interest in theories beyond the Standard Model. Exotic interactions can be mediated by hypothetical fundamental bosons, which could explain a number of physics mysteries.

This study appeals to general physicists as an intriguing marriage of quantum sensing techniques and the testing of fundamental interactions (traditionally in particle physics), and it provides an approach to probing new physics beyond the Standard Model.

The search for new particles beyond the standard model is critical for solving several fundamental physics and astrophysics puzzles. Several hypothetical particles can mediate exotic spin-dependent interactions between ordinary fermions, allowing laboratory searches to be conducted by detecting the interactions. The majority of laboratory searches employ a macroscopic source and detector, allowing the detection of interactions with submillimeter force ranges and above. It is still difficult to detect interactions at shorter force ranges.

Prof. Du’s group has been studying the static exotic spin interaction. It used nitrogen-vacancy defects in a diamond as a single-spin sensor for the first time in 2018 to search for exotic spin interactions (Nature Communications), and later set the most optimized constraint at the time on the micrometer scale on the spin-dependent exotic interaction with the single-spin sensor (Physical Review Letters), demonstrating the ability of the single-spin quantum sensor made of diamond.