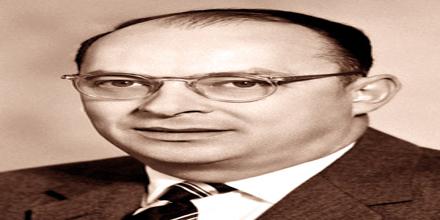 John Bardeen, Physicist and electrical engineer was born on May 23, 1908, in Madison, Wisconsin, U.S. Bardeen attended the University High School at Madison for several years, but graduated from Madison Central High School in 1923. Bardeen received his Bachelor of Science degree in electrical engineering in 1928 from the University of Wisconsin–Madison. He graduated in 1928 despite taking a year off during his degree to work in Chicago. He studied both mathematics and physics as a graduate student, ending up writing his thesis on a problem in solid-state physics, under physicist Eugene Wigner. He was the only person to have won the Nobel Prize in Physics twice: first in 1956 with William Shockley and Walter Brattain for the invention of the transistor; and again in 1972 with Leon N Cooper and John Robert Schrieffer for a fundamental theory of conventional superconductivity known as the BCS theory.