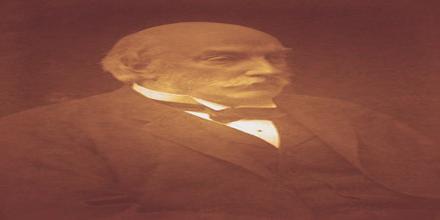 John William Strutt, 3rd Baron Rayleigh, Physicist was born November 12, 1842, Langford Grove, Maldon, Essex, England. He received the Nobel Prize for Physics in 1904 for his successful isolation of argon, an inert atmospheric gas. He made fundamental discoveries in the fields of acoustics and optics that are basic to the theory of wave propagation in fluids. He attended Harrow School, before going on to the University of Cambridge in 1861 where he studied mathematics at Trinity College, Cambridge. He obtained a Bachelor of Arts degree (Senior Wrangler and 1st Smith’s prize) in 1865, and a Master of Arts in 1868. He was subsequently elected to a Fellowship of Trinity. In 1879 he succeeded Maxwell as Cavendish Professor at the University of Cambridge, a position that he held until 1884 when he retired to his country house, Terling Place, where he built a private laboratory. He was made president of the British Association in 1884 and played a major role in the founding of the National Physical Laboratory in the late nineteenth, early twentieth century.