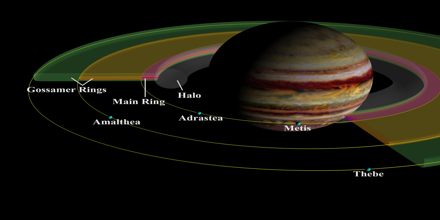 Principle objective of this lecture is to present on Jupiter: King of Planets. Jupiter is the largest planet in the solar system. Fittingly, it was named after the king of the gods in Roman mythology. Jupiter does resemble a star in composition, but it did not grow big enough to ignite. The planet’s swirling cloud stripes are punctuated by massive storms such as the Great Red Spot, which has raged for hundreds of years. This gargantuan object dwarfs the earth—indeed, over 1,300 Earth-sized objects could fit inside Jupiter. And its mass is 2.5 times that of all the other planets combined.