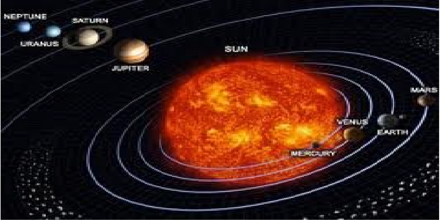 Kepler’s Laws of Planetary Motion says: The orbits of the planets are ellipses with the sun at one focus. And second,  A line from a planet to the sun sweeps over equal areas in equal intervals of time. Kepler used the precise observational tables of Tycho Brahe (1546 – 1601) to study planetary motion mathematically. Found a consistent description by abandoning both: Circular motion and Uniform motion. Kepler’s laws of planetary motion are three scientific laws describing the motion of planets around the Sun.