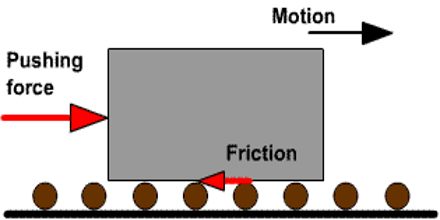 Friction is a Force that always pushes against an object when it touches another object. This lecture briefly present on Friction, in terms of physics. High friction (lots of friction) – will slow something down. Low friction (not much friction) – will keep things moving. Here also briefly describe on Fluid” Friction. This type of friction is what happens with liquids and gases (In Physics, liquids and gases are both called “fluids”). Fluid friction is also known as “drag”. On aircraft it’s also called “air resistance”.