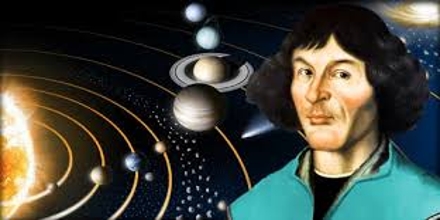 General purpose of this lecture is to present on Nicolaus Copernicus. He was first known modern person to propose the Earth circles the Sun. Astronomer Nicolaus Copernicus was instrumental in establishing the concept of a heliocentric solar system, in which the sun, rather than the earth, is the center of the solar system. His second book on the topic, De revolutionibus orbium coelestium, was banned by the Roman Catholic Church decades after his May 24, 1543 death in Frombork.