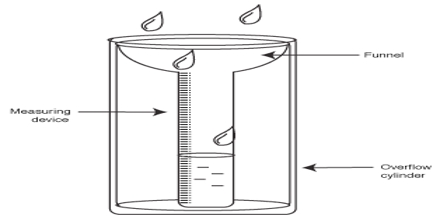 General objective of this lecture is to present on Rain Gauge. A Rain Gauge is used to measure amount of rainfall. An official Rain Gauge consists of a large cylinder with a funnel and a smaller measuring tube inside. The first known rainfall records were kept by the Ancient Greeks, about 500 B.C. About 400 B.C. people in India also began to record rainfall. The readings were correlated against expected growth, and used as a basis for land taxes.