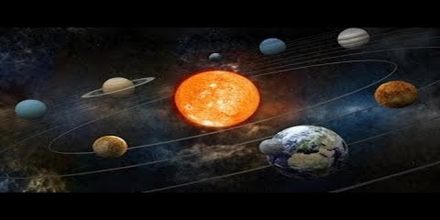 The Sun, its planets and other objects in orbit are all together known as the solar system. The Sun is a star which the nine planets move around. The path each planet travels around is called it orbit. The planets are kept in their orbits due to the pulling force of the Suns gravity. Major objective of this lecture is to present on Solar System. A solar system refers to a star and all the objects that travel in orbit around it. Our solar system consists of the sun – our star – eight planets and their natural satellites (such as our moon); dwarf planets; asteroids and comets. Our solar system is located in an outward spiral of the Milky Way galaxy.