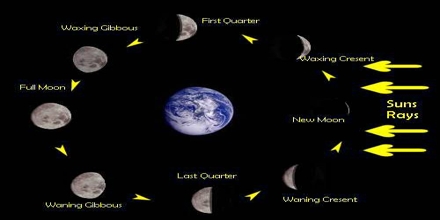 The aim of this lecture is to present on Lunatics: Sun, Earth, and Moon. In a lunar eclipse, the Earth moves between the sun and the moon and casts a shadow on the moon. Lunar Libration: The spin of the Moon proceeds at a uniform rate while the orbit is at a slightly nonuniform rate. The spin can get a little bit ahead or behind the orbit. Hence the face of the Moon presented to the Earth rocks back and forth by some 6° each month, a phenomenon known as longitudinal libration.