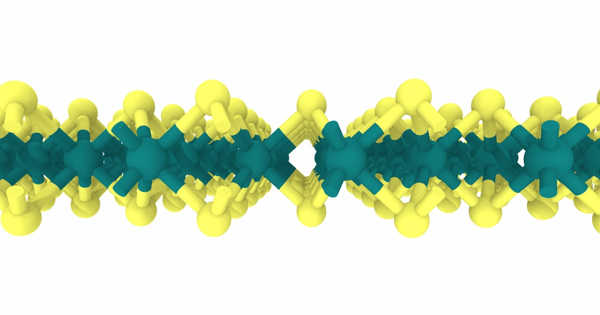 Machine Learning is Applied to Atomistic Modeling in a New Framework

Northwestern University researchers have created a new framework that uses machine learning to improve the accuracy of interatomic potentials – the guiding rules that describe how atoms interact – in the design of new materials. The findings could lead to more precise predictions of how new materials transfer heat, deform, and fail at the atomic level.

Creating new nanomaterials is a critical step in the development of next-generation devices used in electronics, sensors, energy harvesting and storage, optical detectors, and structural materials. To create these materials, researchers use atomistic modeling, a computational approach that predicts how these materials will behave by accounting for their properties at the atomic level. The process of determining a material’s interatomic potential, known as parameterization, has required considerable chemical and physical intuition, resulting in less accurate prediction of new material design.

A new method could lead to more accurate predictions of how new materials behave at the atomic scale.

“The computational algorithms we developed provide analysts with a methodology to assess and avoid traditional shortcomings,” said Horacio Espinosa, the research’s lead author and the James N. and Nancy J. Farley Professor in Manufacturing and Entrepreneurship, as well as a professor of mechanical engineering and (by courtesy) biomedical engineering and civil and environmental engineering. “They also allow for the parameterization to be tailored to specific applications of interest.”

“We defined a sequence of steps to achieve an iterative learning approach given specific optimization objectives,” said TAM program director Espinosa. “Our statistical approach enables users to realize competing optimization goals, which are critical in defining the limits of applicability and transferability to parametrized potentials.” These relationships can reveal the underlying physics behind some seemingly unrelated phenomena.

The team discovered a positive correlation between the accuracy of interatomic potential and the complexity and number of stated parameters – a phenomenon that was previously thought to be true in the field but had yet to be proven quantitatively. This level of complexity necessitates a corresponding amount of training data. Failure to do so, particularly for data containing critical information, results in reduced accuracy. The researchers discovered, for example, that non-equilibrium property and force-matching data are required to improve the fidelity of interatomic potentials.

“This included a better description of large deformation pathways and material failure,” Nguyen explained. “While these are not standard properties that people target during parametrization, they are critical in understanding the reliability and functionality of materials and devices,” Zhang explained.

The new approach also aids in removing the barrier of user experience from entering this research field. “We hope to make a step forward with this work by improving simulation techniques to more accurately reflect material properties. That understanding can be expanded and eventually influence the design of devices and technology that we all use “Zhang stated.

The researchers will then use their models to expand their research into fracture and deformation in 2D materials, as well as the role of defect engineering in toughness enhancements. They are also working on in situ electron microscopy experiments to reveal atomistic failure modes, which will allow them to evaluate the predictive capabilities of the parameterized potentials.