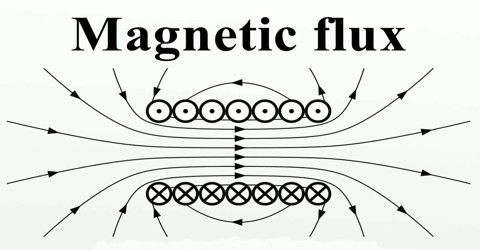 Magnetic Flux is a measure of the strength of a magnetic field over a given area perpendicular to it, equal to the product of the area and the magnetic flux density through it. It is a useful tool for helping describe the effects of the magnetic force on something occupying a given area. The measurement of magnetic flux is tied to the particular area chosen. Magnetic flux through a surface is zero because, in simple words, all the field lines that enter the surface exit it.

Gauss’s law for magnetism, which is one of the four Maxwell’s equations, states that the total magnetic flux through a closed surface is equal to zero. A “closed surface” is a surface that completely encloses a volume(s) with no holes. This law is a consequence of the empirical observation that magnetic monopoles have never been found.