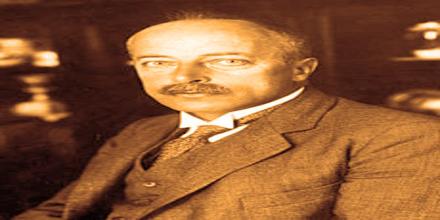 Max Theodor Felix von Laue, Physicist was born Oct. 9, 1879, Pfaffendorf, near Koblenz, German. In addition to his scientific endeavors with contributions in optics, crystallography, quantum theory, superconductivity, and the theory of relativity, he had a number of administrative positions which advanced and guided German scientific research and development during four decades. German recipient of the Nobel Prize for Physics in 1914 for his discovery of the diffraction of X rays in crystals. This enabled scientists to study the structure of crystals and hence marked the origin of solid-state physics, an important field in the development of modern electronics. Laue became professor of physics at the University of Zürich in 1912.