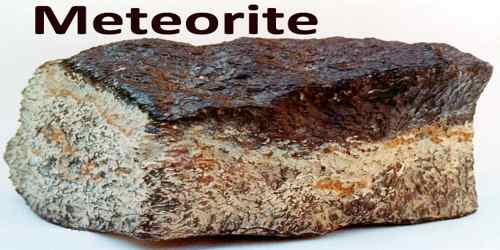 Meteorite is a meteor that reaches the Earth’s surface because it has not been burned up by friction with the atmosphere. Meteorites are believed to be fragments of comets and asteroids. Meteorites are pieces of other bodies in our solar system that make it to the ground when a meteor or “shooting star” flashes through our atmosphere at speeds of 15 to 70 kilometers per second (roughly 32,000 to 150,000 miles per hour). It is also known as a shooting star or falling star; astronomers call the brightest examples “bolides.” Meteorites that survive atmospheric entry and impact vary greatly in size. For geologists, a bolide is a meteorite large enough to create a crater. Meteorites that are found after a meteoric event has been witnessed are called a “fall,” while those found by chance are called a “find.” Meteorites are usually named after a town or a large geographic landmark closest to the fall or find, collectively termed localities. The word “meteorite” can refer to an individual specimen, to those collected within a strewnfield, or to a specific locality.

Identification and Properties of Meteotite Meteorites aren’t round.  If a meteorite has entered the Earth’s atmosphere without rotating, it can develop a conical shape similar to the reentry capsules used in the Apollo space missions, although this is not typical.  Most meteorites are irregularly shaped, as shown by the five views of CML 0023 (an unclassified North African meteorite) below.  The second image from the right shows the start of what could be considered an aerodynamic shape.

Since meteorites formed through a variety of processes on many different planetary bodies, they can have substantially different physical and chemical properties. Some meteorites, particularly primitive chondrites, are quite unlike any other type of rock found on Earth and can be readily identified. However, other meteorites, particularly achondrites, were produced by the same types of igneous processes that occur on Earth and may be very difficult to recognize.

When a meteorite enters the Earth’s atmosphere, friction raises the surface of the meteorite above its metling temperature.  As the meteorite descends, it slows down, frictional heating decreases, and the melt quenches to form a fusion coating, a thin layer of dark glass. The fusion coating may be black or brown, dull or shiny on a recently fallen meteorite. The classification of meteorites is a complex and technical subject and the above is intended only as a brief overview of the topic. Classification methodology has changed several times over the years; known meteorites are sometimes reclassified, and occasionally entirely new subclasses are added. Much of meteorite classification is based, in fact, on how much iron a specimen does contain. Stone Meteorites – The largest group of meteorites is the stones, and they once formed part of the outer crust of a planet or asteroid. Stone meteorites consist of two groups: chondrites and achondrites. Most chondrites have remained unchanged since their formation 4.56 billion years ago, shortly after the formation of the Sun. Almost all chondrites contain chondrules – small, gaseous, spherical inclusions that formed during the solar nebula.

Achondrites appear to have been chondritic before being altered by a heating or impact event. These meteorites are much rarer than chondrites and include the HED group from asteroid 4 Vesta and SNCs from the planet Mars.

Stony-Iron Meteorites – Mesosiderites and Pallasites are the two main groups of the stony-iron meteorites. Mesosiderites consist of broken angular fragments of mantle rock and nickel-iron that have been fused together by impacts with another body. Pallasites, some of the most attractive meteorites, are believed to have formed at the core-mantle boundary of asteroids and contain crystals of olivine (peridot).

The word mesosiderite is derived from the Greek for “half” and “iron,” and they are very rare. Of the thousands of officially cataloged meteorites, fewer than one hundred are mesosiderites.