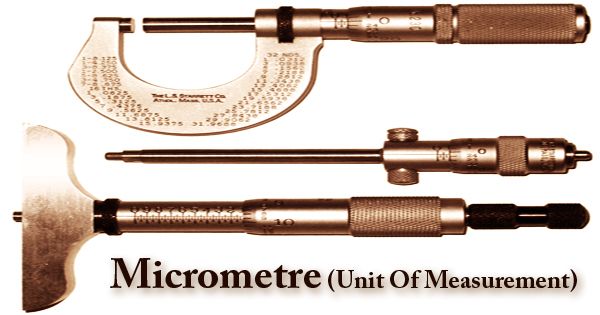 The micrometre (international spelling as used by the International Bureau of Weights and Measures; SI symbol: μm) or micrometer (American spelling), also called micron, metric unit of measure for a length equal to 0.001 mm, or about 0.000039 inches. It is an SI derived unit of length equaling 1×10−6 meter (SI standard prefix “micro-” = 10−6); that is, one-millionth of a meter (or one-thousandth of a millimeter, 0.001 mm). Nanometers, equal to one-thousandth of a micrometer or one billionth of a meter, are the next smallest common SI unit (0.000000001 m).

To measure the thickness or diameter of microscopic objects, such as microorganisms and colloidal particles, the micrometer is widely used. Minute distances, such as, for example, infrared radiation wavelengths, are also provided in micrometers. The plural of micron is normally “microns”, though “micra” was occasionally used before 1950.

The word “micrometer” in general refers to outside micrometers. Depending on various measurement applications, a number of other kinds of micrometers often exist. Inner micrometers bore micrometers, tube micrometers, and depth micrometers are examples. Every 25 mm, such as 0 to 25 mm and 25 to 50 mm, the observable range varies depending on the size of the frame, so it is important to use a micrometer that suits the target. Digital micrometers have become increasingly common recently. 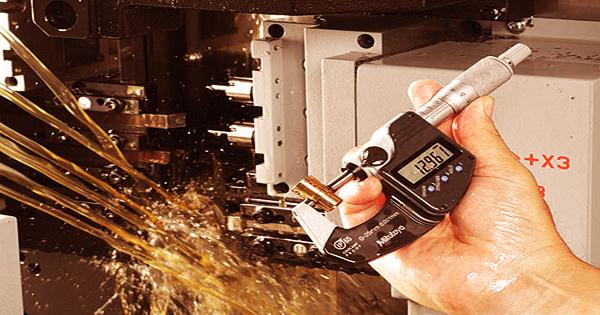 The micrometre is a standard measurement unit for the wavelengths of infrared radiation as well as for the sizes of biological cells and bacteria, and for the fiber diameter gradation of wool. A single human hair varies in width from around 20 to 200 μm. The longest chromosome in humans is around 10 μm in length. The smallest item visible to the naked eye is about 100 μm (0.1 millimeters).

How to Use a Micrometer:

In 1879, but officially revoked by the International System of Units (SI) in 1967, the word micron and the symbol μ were officially approved for use in isolation to denote the micrometer. This became appropriate because, during the development of the SI in 1960, the older usage was incompatible with the official adoption of the unit prefix micro-, denoted μ. The systematic name micrometre became the official unit name in the SI, and μm became the official symbol of the unit.