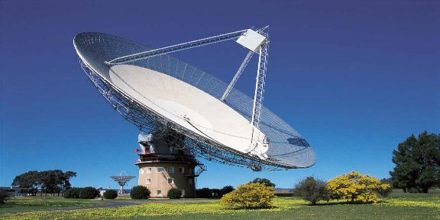 Microwaves have wavelengths range from centimeters to those closer to a foot in length. Longer are for heating food and Shorter waves Doppler radar. This lecture briefly present on Microwave Telescopes. Microwaves were first utilized by British the 1940s during WWII.  Sir John Randall and Dr. H. A. Boot, invented a device called a magnetron (Radar) using microwaves to detect Nazi warplanes. The Cosmic Microwave Background (CMB) was discovered by chance in 1965 by Penzias and Wilson. A number of ground-based observations have been carried out since, but these are limited by atmospheric disturbance and artificial illumination.