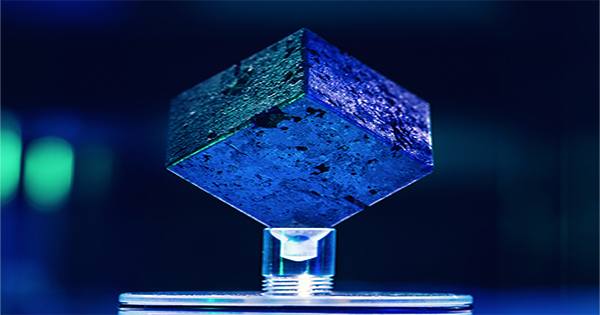 Mysterious Radioactive Cubes Found around the US are Probably Nazi Experiments

Do you know how in Captain America: The First Avenger, a Nazi-like organization tries to harness the power of a mysterious glowing cube to create a weapon of mass destruction that will overpower their enemies, only for their efforts to be thwarted by Allied forces and their cube to end up in a secret US research facility after the Axis is defeated? Did you know it actually happened?

Of course, the Nazis’ research was powered by uranium rather than an infinity stone. Neither did the cubes, which numbered in the thousands, end up at a secure SHIELD facility awaiting the arrival of various Avengers. In reality, no one knows for sure – but a team at the Pacific Northwest National Laboratory (PNNL) is coming closer to an answer owing to some fascinating new nuclear forensics research.

“Not only is it a great interesting science project and scientific set of tests, but it’s also a little bit of a history project,” said PNNL researcher Brittany Robertson, who presented the findings at the American Chemical Society’s fall meeting this week.

“We’re looking for different information, archived material, and even… letters exchanged amongst scientists to see what we can measure and how we can actually draw some interpretations,” says the researcher.

Kurt Diebner and “Heisenberg,” the goal was to use nuclear fission to change these two-inch-long cubes of near-pure uranium into plutonium, which could be used to make an atomic weapon. Fortunately, the effort was thwarted before it could succeed, and many of the cubes were confiscated by the Allies after the war. The others were used in the US nuclear effort, sold to private collectors and research organizations, or just lost to the mists of time. Around 600 were transferred to the United States, but only around 12 are known today.

Even for the cubes that we do know about, the provenance is often a mystery. According to principal researcher Jon Schwantes, the origins of the cube at PNNL are unknown, and no one knows how it got there in the first place. In fact, the team’s first task, he continued, was to determine if the cube was even a component of the Nazi nuclear program.

“We don’t know for sure that the cubes are from the German program, so we need to establish that first,” Schwantes explained. “Then we want to compare the different cubes to see if we can categorize them based on which research group generated them [Heisenberg or Diebner].”