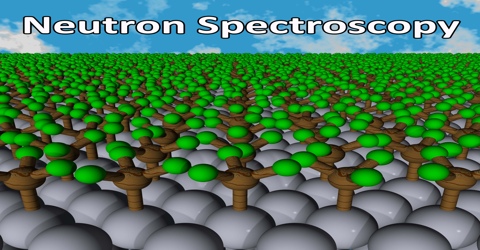 Neutron Spectroscopy measures the atomic and magnetic motions of atoms. Neutron scattering is a powerful tool for the investigation of microscopic properties of solids, liquids, soft materials, biological objects etc. – condensed matter, in general as well as for non-destructive probing of bulk objects in materials testing and engineering studies. In the neutron beam experiments, using elastic and inelastic scattering phenomena, micro- and mezoscopic structural properties as well as interaction behaviour of condensed matter can be probed with high precision. Neutron scattering can also shed light on to the pairing mechanism of unconventional superconductors since spin excitations are a driving force for the Cooper pair formation in these unconventional superconductors. In our research we mainly focus on lanthanide and actinide-based heavy-fermion compounds located near a magnetic instability and study their magnetic ordering phenomena and magnetic excitation spectra in dependence of temperature, external magnetic field, composition and external pressure. Experiments are performed at all major European neutron sources at temperatures down to well below 100 mK and in external magnetic fields in excess of 12 T.

Neutrons are a kind of subatomic particle normally found in the nucleus of atoms. Hence, production of neutrons invariably requires nuclear processes. A common source of neutrons for research (as opposed to power generation) purposes is a small nuclear reactor that uses low-enriched uranium, or LEU. LEU is defined as uranium enriched in 235 U at concentrations less than 20% (natural uranium consists of 0.7% 235 U). According to the International Atomic Energy Agency’s web site, at this writing there are currently 235 reactors around the world that are supplying neutrons for research purposes. In many circumstances, neutrons that are produced by either method are too high in energy, so their energies must be decreased before they are used; we say that the neutrons must be moderated. Materials that moderate neutrons include light and heavy water, beryllium, and graphite. In inelastic neutron scattering, the neutrons interact with a sample in such a way as to change their energies, getting either more or less energetic. In this regard, inelastic neutron scattering is very similar to classic forms of spectroscopy. Neutron backscattering is a technique in which “diffraction” is set up so that the angles of the monochromator and analyzer are close to 90°. Fast neutrons are directed toward a sample and a portion of them are scattered back near the source. Because small nuclei are better at scattering fast neutrons, an increase in the backscattering indicates a relatively higher proportion of smaller atoms like hydrogen. Neutron backscattering is used to find water in arid regions and to look for explosives in unexploded land mines; it has obvious implications in airport security. The most commonly used spectroscopies are the light scattering techniques: Raman and infrared. Compared to neutron scattering they are cheap, readily available and highly sensitive. But they do have certain limitations: They can only measure near the Brillouin zone centre and are only sensitive to certain vibrational modes. The calculation of the scattered intensity is also difficult and prone to error and so information is usually only taken from the positions of the observed modes. However, the simplicity and sensitivity of the techniques means that they are often used to identify or ‘finger print’ compounds something that is rarely done with neutrons. Inelastic neutron scattering is usually used to understand the physics of a system. It is a highly quantitative probe whose results are directly comparable to numerical and analytical calculation. It can be used to understand the nature of a phase transitions or linked directly to thermodynamics quantities, like specific heat or thermal conductivity, or structural properties such as force tensors or bulk and shear moduli. It is still one of the few methods available to measure phonon and magnon dispersion curves. And, due to the unique nature in way that hydrogen scatters neutrons, it is a natural technique for measuring the vibration or diffusion of hydrogen in a material.