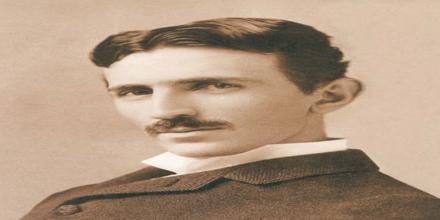 Nikola Tesla, Physicist was born on July 10, 1856 in Smiljan, Lika, Austo-Hungarian Empire, region of Croatia. Tesla studied at the Realschule, Karlstadt in 1873, the Polytechnic Institute in Graz, Austria and the University of Prague. He began his career as an electrical engineer with a telephone company in Budapest in 1881. He was a Serbian American inventor, electrical engineer, mechanical engineer, physicist, and futurist best known for his contributions to the design of the modern alternating current (AC) electricity supply system. Tesla was renowned for his achievements and showmanship, eventually earning him a reputation in popular culture as an archetypal “mad scientist”. In 1894, he was given honorary doctoral degrees by Columbia and Yale University and the Elliot Cresson  medal by the Franklin Institute.  In 1934, the city of Philadelphia awarded him the John Scott medal for his polyphase power system.