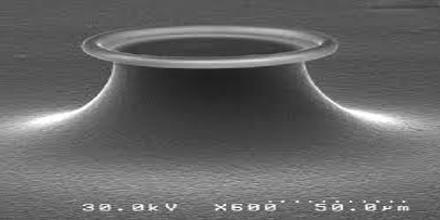 Oscillator Linewidth is a measure of the width of the band of frequencies of radiation emitted or absorbed in an atomic or molecular transition. The linewidth of a laser is a measure of its phase noise. Another major source of line broadening for atomic and molecular transitions is the Doppler shift due to thermal motion. For most situations the Doppler width is greater than the natural linewidth. It given by the difference between the upper and lower frequencies at which the intensity of radiation reaches half its maximum value.