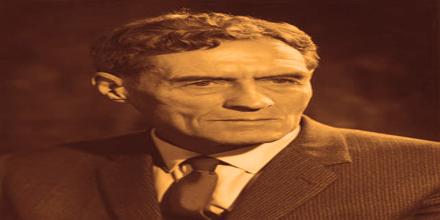 Patrick Maynard Stuart Blackett, Physicist was born 18 November 1897 London, England. In August 1914 on the outbreak of World War I Blackett was assigned to active service as a midshipman. He was transferred to the Cape Verde Islands on HMS Carnarvon and was present at the Battle of the Falkland Islands. He graduated in 1921 with a B.A. in physics. A fellowship enabled him to remain at Cambridge to work under Rutherford on exciting research involving nuclear reactions. Rutherford had created “atoms of hydrogen,” which he named protons, with the concomitant production of a new heavier nucleus, a rare oxygen isotope. The discovery of the disintegration of the nitrogen atom was made by observing the scintillations caused by the impact of fast particles on a zinc sulphide screen through a low-power microscope. He was winning the Nobel Prize for Physics in 1948.