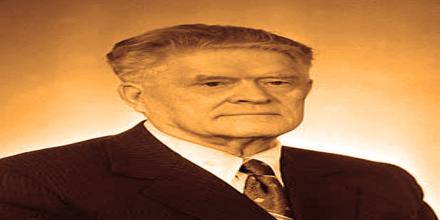 Pavel Alekseyevich Cherenkov, Physicist was born July 28, 1904 Voronezh Oblast, Russian Empire. He graduated from the Department of Physics and Mathematics of Voronezh State University in 1928. In 1930, he took a post as a senior researcher in the Lebedev Physical Institute. He was promoted to section leader, and in 1940 was awarded the degree of Doctor of Physico-Mathematical Sciences. In 1953, he was confirmed as Professor of Experimental Physics. He shared the 1958 Nobel Prize for Physics with fellow Soviet scientists Igor Y. Tamm and Ilya M. Frank for the discovery and theoretical interpretation of the phenomenon of Cherenkov radiation.