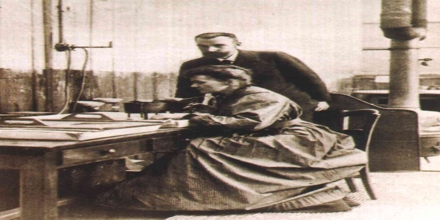 Marie Curie (1867 -1934) was a Polish-born physicist and chemist, working mainly in France, who is famous for her pioneering research on radioactivity. Not only was she the first person to win two Nobel prizes, she was the first woman to win a Noble prize. Curie’s efforts, with her husband Pierre Curie, led to the discovery of polonium and radium and, after Pierre’s death, the further development of X-rays. She died on July 4, 1934. Her husband, Pierre and later, her daughter and son-in-law also won Nobel prizes.