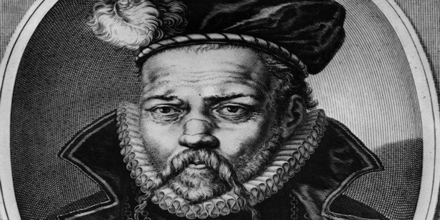 Tycho Brahe, born Tyge Ottesen Brahe, was a Danish nobleman known for his accurate and comprehensive astronomical and planetary observations. Tycho had published a widely-sold book. Modest chap that he was, he included a portrait and 16 crests showing his lineage over four generations. He died the way he lived. He was hitting up some noble personage for patronage and support and, fearing that somebody else might upstage him, refused to leave to go to the bathroom. He developed a bladder infection and died.