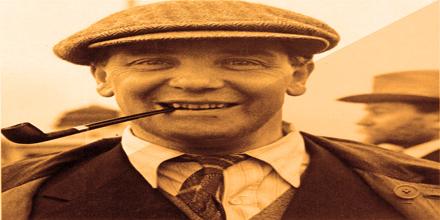 Pyotr Leonidovich Kapitsa, Physicist and Nobel laureate was born June 26 [July 8, New Style], 1894, Kronshtadt, Russian Empire. He graduated from the Petrograd Polytechnical Institute in 1918. He subsequently studied in Britain, working for over ten years with Ernest Rutherford in the Cavendish Laboratory at the University of Cambridge, and founding the influential Kapitza club. He was the first director (1930–34) of the Mond Laboratory in Cambridge. He invented new machines for liquefaction of gases and in 1937 discovered the superfluidity of liquid helium. He was a corecipient of the 1978 Nobel Prize for Physics for his basic inventions and discoveries in the area of low-temperature physics.