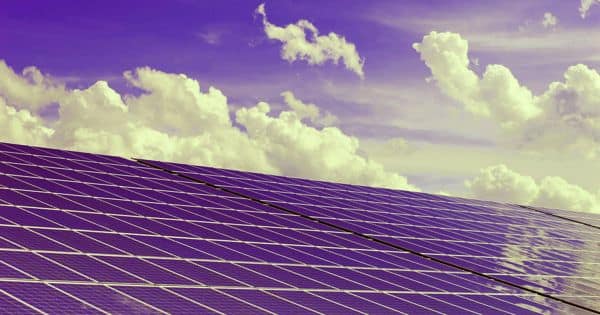 Quantum mechanics can be used to make organic solar cells that are more stable and easier to produce. These are the findings of a new study conducted by the University of Gothenburg. The problem with current organic solar cells is that they are not as effective or stable as silicon-based solar cells. As part of the new study, a team of researchers addressed this issue and discovered a method that could pave the way for more cost-effective solar cell technology.

“There are numerous opportunities to use quantum efficiencies to change various chemical and material properties. In this paper, we present a method for increasing the diffusion of energy in organic materials. This enables us to create organic solar cells with a more simplified structure “Karl Börjesson, professor of physical chemistry at the University of Gothenburg and the study’s lead author, says.

High efficiency, excellent stability, and the ability to process organic solar cells in the air are all important factors to consider when attempting to advance the real-world application of organic solar cells. According to a paper published in Nature Communications by University of Gothenburg researchers, quantum mechanics has the potential to create more stable and easily produced organic solar cells.

Essentially, this is about ensuring that the energy in the solar cells is effectively transferred to the correct location. The absorbed energy from the sun must be diffused – to travel – to the interface between the materials in organic solar cells, which are made up of two materials. However, diffusion is inefficient because energy travels slowly and risks being lost as heat before reaching this interface. The solution has been to combine the two materials in solar cells to shorten the distance between them, allowing energy to reach the interface more quickly. Unfortunately, this causes the solar cells to be out of thermodynamic equilibrium, making the design less long-lasting than it could be.

The researchers demonstrate that the new method allows energy to be transferred over a greater distance, avoiding the complicated blending of materials in solar cells. The method relies on quantum effects, in which light and matter combine to form hybrid light-matter states.

“When we strongly couple light and matter, the energy is dispersed throughout the entire system. If the system, as in this case, is made up of several materials, the energy can be directed to the interface. In the study, we show that when the materials are strongly coupled, energy travels faster to the interfaces. This means that because the materials in solar cells are blended at the quantum level, they do not need to be physically blended. As a result, the system is in thermodynamic equilibrium “Karl Börjesson says.

The researchers demonstrated that the novel technique allows energy to be transmitted over a much greater distance while avoiding the complicated material blending in solar cells. The key to this is quantum effects, in which light and matter combine to form hybrid light-matter states.

According to Börjesson, the discovery will have an impact on how organic solar cells are manufactured because it will be possible to increase their durability while using a simple layered structure. He also points out that the research is essentially an extension of a natural concept.

“Nature uses strong coupling between molecules to effectively transfer solar energy in photosynthesis, and we have demonstrated in principle that the same basic concept can be applied to organic solar cells.”