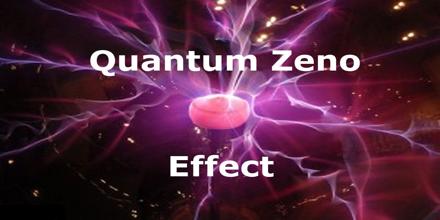 Quantum Zeno Effect is the suppression of unitary time evolution caused by quantum decoherence in quantum systems provided by a variety of sources: measurement, interactions with the environment, stochastic fields, and so on. It is a phenomenon in quantum physics where observing a particle prevents it from decaying as it would in the absence of the observation. The physical explanation in quantum physics is complex, but fairly well understood. Let’s begin by thinking of the situation as it just happens normally, without the quantum Zeno effect at work. As an outgrowth of study of the quantum Zeno effect, it has become clear that applying a series of sufficiently strong and fast pulses with appropriate symmetry can also decouple a system from its decohering environment.