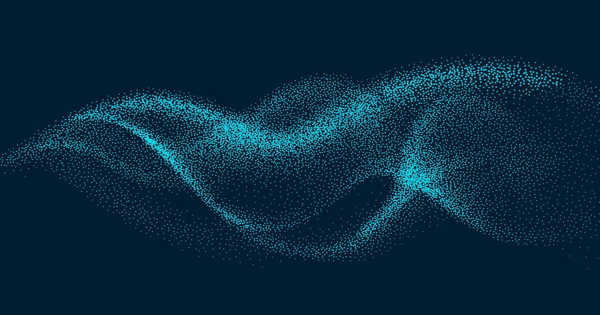 The development of this engine, which converts the random jiggling of a microscopic particle into stored energy, is described in a paper published this week in the Proceedings of the National Academy of Sciences (PNAS), and it could lead to significant improvements in the speed and cost of computers and bio-nano technologies.

According to SFU physics professor and senior author John Bechhoefer, researchers’ understanding of how to convert information into “work” quickly and efficiently may inform the design and creation of real-world information engines.

Their information engine is a microscopic particle ‘bead’ immersed in water. It’s linked to a spring, which is attached to a movable stage. According to a university press release, because a particle is too small to be attached to a spring, the researchers used an optical trap, which uses a laser to create a force on the particle that mimics the spring and stage.

Researchers have designed a remarkably fast engine that taps into a new kind of fuel – information. This engine converts the random jiggling of a microscopic particle into stored energy.

The engine, which is made up of a microscopic particle immersed in water and attached to a spring that is attached to a movable stage, uses a new type of fuel—information. The particle then bounced up and down due to thermal motion, which scientists observed.

“We wanted to see how fast an information engine could go and how much energy it could extract, so we built one,” says Bechhoefer, whose experimental team worked with theorists led by SFU physics professor David Sivak.

Engines of this type were first proposed over 150 years ago, but they have only recently become a reality. “By systematically studying this engine and selecting the right system characteristics, we were able to push its capabilities over ten times further than other similar implementations, making it the current best-in-class,” Sivak says.

A 150-year-old thought experiment inspired a group of Canadian scientists from Simon Fraser University (SFU) to develop a surprisingly fast engine that runs on a unique fuel — information.

The engine, described in the Proceedings of the National Academy of Sciences, converts the random jiggling of tiny particles into stored energy and has the potential to significantly improve the speed and affordability of computers and bio-nano technologies.

The SFU researchers’ information engine is made up of a microscopic particle immersed in water and attached to a spring, which is attached to a movable stage. The particle then bounces up and down due to thermal motion, as observed by the researchers.

“When we see an upward bounce, we raise the stage,” says lead author and Ph.D. student Tushar Saha. “We wait when we see a downward bounce. This results in the entire system being lifted using only information about the particle’s position.”

By repeating this procedure, they are able to raise the particle “to a great height and thus store a significant amount of gravitational energy” without having to directly pull on it. “In the lab, we implement this engine with an instrument known as an optical trap, which uses a laser to create a force on the particle that mimics that of the spring and stage,” Saha continues.

A Master of Science student, Joseph Lucero, adds, “We discover an intriguing trade-off between particle mass and the average time for the particle to bounce up in our theoretical analysis. While heavier particles can hold more gravitational energy, they take longer to move up.”

“Guided by this insight, we chose particle mass and other engine properties to maximize how fast the engine extracts energy, outperforming previous designs and achieving power comparable to molecular machinery in living cells, as well as speeds comparable to fast-swimming bacteria,” says postdoctoral fellow Jannik Ehrich.