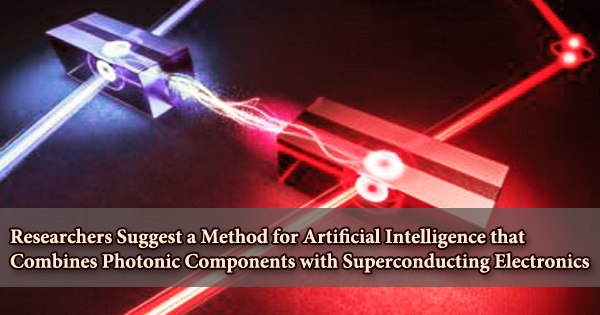 Researchers are focusing on understanding how the brain achieves cognition in order to create artificial systems with general intelligence equal to humans’ intellect since artificial intelligence (AI) has sparked widespread interest. Many people have attempted to solve this problem by combining traditional silicon microelectronics with light.

However, for a variety of physical and practical reasons linked to the materials utilized for the components, fabricating silicon chips with electrical and photonic circuit elements is challenging. The different sub-fields of AI research are concentrated on specific aims and the application of certain technologies. Reasoning, knowledge representation, planning, learning, natural language processing, vision, and the capacity to move and control things are all conventional AI research aims.

AI systems, in general, function by consuming vast volumes of labeled training data, evaluating the data for correlations and patterns, and then using these patterns to forecast future states. Researchers at the National Institute of Standards and Technology propose an approach to large-scale artificial intelligence that focuses on integrating photonic components with superconducting electronics rather than semiconducting electronics in Applied Physics Letters, published by AIP Publishing.

“We argue that by operating at low temperature and using superconducting electronic circuits, single-photon detectors, and silicon light sources, we will open a path toward rich computational functionality and scalable fabrication,” said author Jeffrey Shainline.

At temperatures near absolute zero (0 K, -273 °C, or -460 °F), many metals lose their resistance to the passage of electric current and become superconducting. Other electrical characteristics undergo similar drastic modifications. The Josephson effect is named after Brian D. Josephson, a British physicist who predicted and subsequently found the phenomena in 1962.

The Josephson effect regulates the flow of current through a very thin insulating membrane between superconducting metals (the Josephson junction) and the effects of tiny magnetic fields on this current. Using light for communication with sophisticated electrical circuits for computation might allow artificial cognitive systems to scale and function in ways that neither light nor electronics alone could.

Although some applications, like as chips in smartphones, require that they operate at ambient temperature, the suggested technology would have a wide range of uses in sophisticated computer systems. AI is essential because it may provide businesses with previously unavailable insights into their operations and because, in some circumstances, AI can do tasks better than people. AI technologies frequently perform work quickly and with minimal errors, especially when it comes to repetitive, detail-oriented activities like reviewing huge quantities of legal papers to verify important fields are filled incorrectly.

The researchers want to look into more intricate integration with other superconducting electrical circuits, as well as show off all of the components that make up artificial cognitive systems, such as synapses and neurons. It will also be critical to demonstrate that the hardware can be built in a scalable way, allowing huge systems to be realized at a fair cost.

Quantum technologies based on superconducting or photonic qubits might benefit from superconducting optoelectronic integration. Such quantum-neural hybrid systems might potentially lead to new ways of utilizing quantum entanglement’s capabilities with spiking neurons.