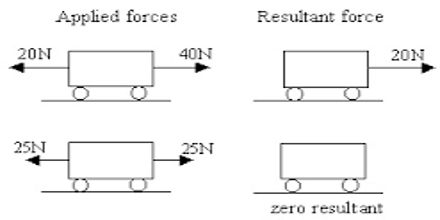 General purpose of this lecture is to present on Resultant Forces. Resultant Forces happen if two forces act together on an object, their effect may be described as the action of one force. Example: Two forces of magnitude 5N and 6N act on a particle. They act at right angles. Find the magnitude and direction of their resultant. Two forces acting on a particle have magnitudes 8N and 3N. The angle between their directions is 60°. Find the resultant force acting on the particle.