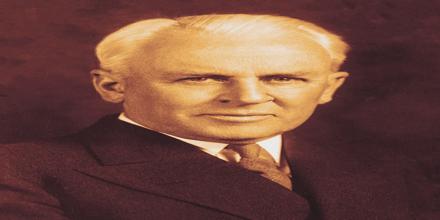 Robert Andrews Millikan, Physicist was born March 22, 1868, Morrison, Illinois, U.S. He was graduated from Oberlin College in 1891 and obtained his doctorate at Columbia University in 1895. In 1896 he became an assistant at the University of Chicago, where he became a full professor in 1910. In 1909 Millikan began a series of experiments to determine the electric charge carried by a single electron. As an American experimental physicist honored with the Nobel Prize for Physics in 1923 for his measurement of the elementary electronic charge and for his work on the photoelectric effect.