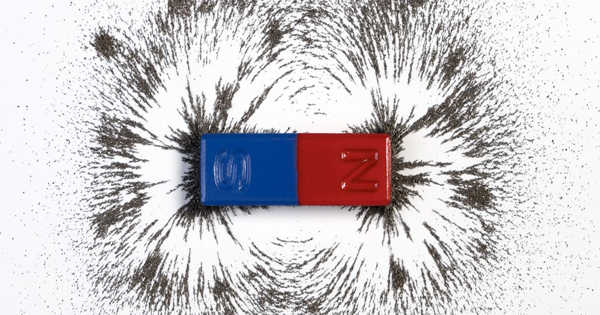 Room-temperature operation of an Ultrathin Magnet is Possible

Scientists have developed an ultrathin magnet that can function at room temperature. The ultrathin magnet could pave the way for new applications in computing and electronics, such as high-density, compact spintronic memory devices, as well as new tools for quantum physics research.

The ultrathin magnet, which was recently published in the journal Nature Communications, has the potential to revolutionize next-generation memories, computing, spintronics, and quantum physics. Scientists from the Department of Energy’s Lawrence Berkeley National Laboratory (Berkeley Lab) and UC Berkeley discovered it.

“We are the first to create a room-temperature 2D magnet that is chemically stable under ambient conditions,” said senior author Jie Yao, a materials scientist at Berkeley Lab and an associate professor of materials science and engineering at UC Berkeley.

“This discovery is exciting because it not only makes 2D magnetism possible at room temperature, but it also reveals a new mechanism for realizing 2D magnetic materials,” said Rui Chen, a UC Berkeley graduate student in the Yao Research Group and the study’s lead author.

Magnetic thin films are commonly used in the magnetic components of today’s memory devices. However, at the atomic level, these magnetic films are still three-dimensional, with hundreds or thousands of atoms of thickness. For decades, scientists have been looking for ways to make thinner and smaller 2D magnets, allowing data to be stored at a much higher density.

The development of an ultrathin magnet that operates at room temperature could lead to new applications in computing and electronics – such as high-density, compact spintronic memory devices – and new tools for the study of quantum physics.

Previous breakthroughs in the field of 2D magnetic materials have yielded promising results. However, at room temperature, these early 2D magnets lose their magnetism and become chemically unstable.

“Modern 2D magnets require extremely low temperatures to function. However, for practical reasons, a data center must operate at room temperature “Yao stated. “Theoretically, we know that the smaller the magnet, the greater the potential data density of the disc. Not only is our 2D magnet the first to operate at room temperature or higher, but it is also the first to reach the true 2D limit: it is as thin as a single atom!”

According to the researchers, their discovery will also open up new avenues for studying quantum physics. “Our atomically thin magnet provides an ideal platform for probing the quantum world,” Yao explained. “It allows for the examination of every single atom, which may reveal how quantum physics governs each and every magnetic atom and their interactions. Such studies would be difficult to conduct with a conventional bulk magnet because the majority of the magnetic atoms are deeply buried within the material.”

The making of a 2D magnet that can take the heat

The new 2D magnet, known as a cobalt-doped van der Waals zinc-oxide magnet, was created by the researchers using a solution of graphene oxide, zinc, and cobalt. After only a few hours in a conventional lab oven, the mixture was transformed into a single atomic layer of zinc-oxide with a smattering of cobalt atoms sandwiched between layers of graphene. Graphene is then burned away, leaving only a single atomic layer of cobalt-doped zinc-oxide.

“There are no major barriers for the industry to adopt our solution-based method with our material,” Yao said. “It has the potential to be scalable for mass production at a lower cost.”

With proof that their 2D material is only an atom thick, the researchers moved on to the next challenge that had baffled researchers for years: demonstrating a 2D magnet that operates successfully at room temperature.

The lab experiments conducted by the research team revealed that with a cobalt atom concentration of 5-6 percent, the graphene-zinc-oxide system becomes weakly magnetic. A very strong magnet is produced by increasing the concentration of cobalt atoms to about 12%.

Surprisingly, a concentration of cobalt atoms greater than 15% shifts the 2D magnet into an exotic quantum state of “frustration,” in which different magnetic states within the 2D system compete with each other.

“Our 2D magnetic system exhibits a distinct mechanism when compared to previous 2D magnets,” Chen explained. “And we believe this one-of-a-kind mechanism is due to the free electrons in zinc oxide.”

When you tell your computer to save a file, the information is stored as a series of ones and zeroes in the computer’s magnetic memory, such as a hard drive or flash memory. Magnetic memory devices, like all magnets, contain microscopic magnets with two poles – north and south – whose orientations follow the direction of an external magnetic field. When these tiny magnets are flipped in the desired directions, data is written or encoded.

According to Chen, the free electrons in zinc oxide could act as an intermediary, ensuring that the magnetic cobalt atoms in the new 2D device continue pointing in the same direction – and thus remain magnetic – even when the host material, in this case, the semiconductor zinc oxide, is nonmagnetic.

According to the researchers, the new material, which can be bent into almost any shape without breaking and is one-millionth the thickness of a single sheet of paper, could help advance the application of spin electronics or spintronics, a new technology that encodes data using the orientation of an electron’s spin rather than its charge. “Our 2D magnet may enable the formation of ultra-compact spintronic devices to engineer electron spins,” Chen explained.

“I believe that Jie Yao and his students’ discovery of this new, robust, truly two-dimensional magnet at room temperature is a genuine breakthrough,” said co-author Robert Birgeneau, a faculty senior scientist in Berkeley Lab’s Materials Sciences Division and professor of physics at UC Berkeley who co-led the magnetic measurements in the study. “Aside from its obvious importance to spintronic devices, this 2D magnet is fascinating at the atomic level, revealing for the first time how cobalt magnetic atoms interact over ‘long’ distances” via a complex two-dimensional network, he added.

“Our results have exceeded our expectations, which is very exciting. Experiments in science can be extremely difficult most of the time “He stated. “However, when you finally understand something new, it’s always very satisfying.”

Researchers from Berkeley Lab, including Alpha N’Diaye and Padraic Shafer of the Advanced Light Source, UC Berkeley, UC Riverside, Argonne National Laboratory, and Nanjing University, and the University of Electronic Science and Technology of China, are co-authors on the paper.