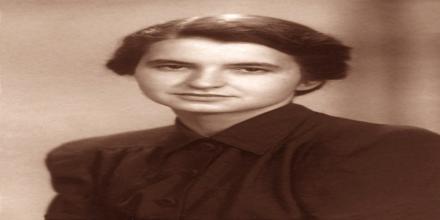 Rosalind Elsie Franklin, Physicist was born in 25 July 1920 Notting Hill, London, England, United Kingdom. She went to Newnham College, Cambridge in 1938 and studied chemistry within the Natural Sciences Tripos. In 1941, she was awarded second-class honours from her final exams. Franklin was awarded a research fellowship at Newnham College, with which she joined the physical chemistry laboratory of the University of Cambridge to work under Ronald Norrish, who later won the Nobel Prize in Chemistry. She learned crystallography and X-ray diffraction, techniques that she applied to DNA fibers. She went to Paris in 1947 as a chercheur (post-doctoral researcher) under Jacques Mering at the Laboratoire Central des Services Chimiques de l’Etat, where she became an accomplished X-ray crystallographer. She became a research associate at King’s College London in 1951 and worked on X-ray diffraction studies, which would eventually facilitate the double helix theory of the DNA.