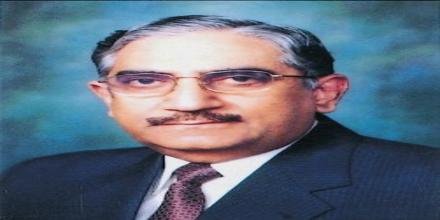 Samar Mubarakmand, Physicist was born 17 September 1942 Rawalpindi, Punjab Province,  British Indian Empire. He earned his education from Lahore and matriculated from the St. Anthony’s High School in 1956. He received his B.Sc. in Experimental Physics in 1958 and his M.Sc. degree in experimental nuclear physics in 1962 both from Government College University, Lahore. He received his Ph.D. in experimental nuclear physics from the University of Oxford in 1966 under the renowed nuclear physicist Dr. D. H. Wilkinson. He is the recipient of Sitara-e-Imtiaz (1993); Hilal-e-Imtiaz (1998); and Nishan-e-Imtiaz (2003) that is the highest civil honor of the country. In addition, he is a fellow of the Pakistan Academy of Sciences (PAS) and was inducted by Dr. Ishfaq Ahmad in 2000.