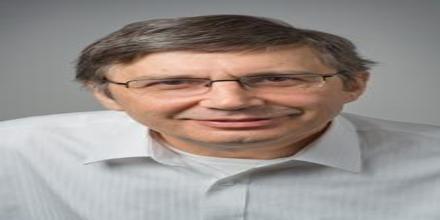 Sir Andre Konstantin Geim, Physicist was born October 21, 1958, Sochi, Russia, U.S.S.R. He received a diplom (MSc degree equivalent) from MIPT in 1982 and a Candidate of Sciences (PhD equivalent) degree in metal physics in 1987 from the Institute of Solid State Physics (ISSP) at the Russian Academy of Sciences (RAS) in Chernogolovka. He received an Ig Nobel Prize in 2000 for using the magnetic properties of water scaling to levitate a small frog with magnets. Geim was also awarded the 2010 Nobel Prize in Physics jointly with Konstantin Novoselov for his work on graphene.