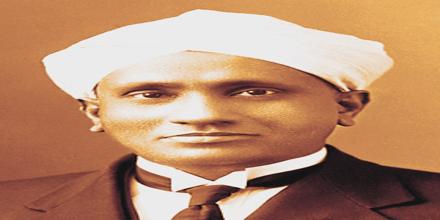 Sir Chandrasekhara Venkata Raman, Physicist was born November 7, 1888, Trichinopoly, India. In 1902, Raman joined Presidency College in Madras where his father was a lecturer in mathematics and physics. In 1904 he passed his Bachelor of Sciences (Bsc.) examination of University of Madras: He stood first and won the gold medal in physics. In 1907 he gained his (Msc) degree with the highest distinctions from University of Madras. He was the recipient of the Nobel Prize for Physics in 1930 for the discovery that when light traverses a transparent material, some of the light that is deflected changes in wavelength. This phenomenon is now called Raman scattering and is the result of the Raman effect.