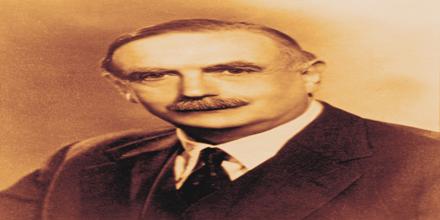 Sir Charles Drummond Ellis, Physicist and scientific administrator was born 11 August 1895, Hampstead, is an area of London, England. He won a scholarship to Harrow School where he excelled academically as well as at sport. In 1913 he became a cadet in the Royal Military Academy in preparation for a career in the Royal Engineers. He entered Trinity College, Cambridge where he studied natural sciences. In 1921 Ellis had become a fellow of Trinity College and was appointed assistant lecturer in natural science. In 1929 he was elected a fellow of the Royal Society. His work on the magnetic spectrum of the beta-rays helped to develop a better understanding of nuclear structure.