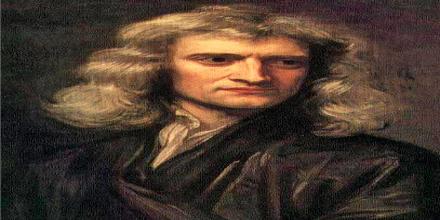 Sir Isaac Newton, Physicist and Mathematician was Born on January 4, 1643, in Woolsthorpe, England. With discoveries in optics, motion and mathematics, Newton developed the principles of modern physics. In 1687, he published his most acclaimed work, Philosophiae Naturalis Principia Mathematica (“Mathematical Principles of Natural Philosophy”), which has been called the single most influential book on physics. In mechanics, his three laws of motion, the basic principles of modern physics, resulted in the formulation of the law of universal gravitation. In mathematics, he was the original discoverer of the infinitesimal calculus. Newton was a fellow of Trinity College and the second Lucasian Professor of Mathematics at the University of Cambridge. He was a devout but unorthodox Christian, and, unusually for a member of the Cambridge faculty of the day, he refused to take holy orders in the Church of England, perhaps because he privately rejected the doctrine of the Trinity. Beyond his work on the mathematical sciences, Newton dedicated much of his time to the study of biblical chronology and alchemy, but most of his work in those areas remained unpublished until long after his death. In his later life, Newton became president of the Royal Society. He served the British government as Warden and Master of the Royal Mint.