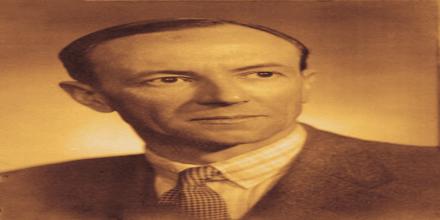 Sir James Chadwick, Physicist was born October 20, 1891, Manchester, England. Chadwick graduated from the Victoria University of Manchester in 1911, where he studied under Ernest Rutherford. He was the head of the British team that worked on the Manhattan Project during the Second World War. He received the Nobel Prize for Physics in 1935 for the discovery of the neutron. In 1941, he wrote the final draft of the MAUD Report, which inspired the U.S. government to begin serious atomic bomb research efforts. He was knighted in England in 1945 for his achievements in physics.