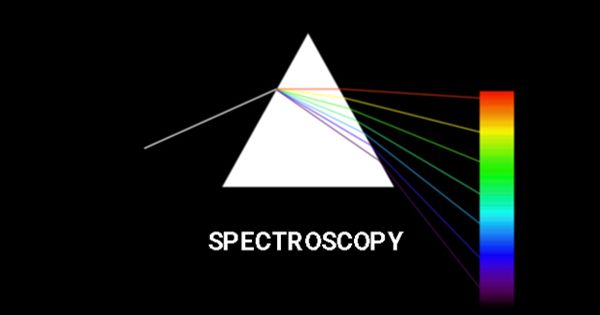 Spectroscopy – a study of absorption and emission of light

Spectroscopy is a study of the absorption and emission of light and other radiation by matter, as related to the dependence of these processes on the wavelength of the radiation. It is the study of light as a function of the length of the wave that has been emitted, reflected, or shone through a solid, liquid, or gas. Visible electromagnetic radiation is called light, although the terms light, radiation, and electromagnetic radiation can be used interchangeably. It is used as a tool for studying the structures of atoms and molecules.

Spectroscopy is the science concerned with the investigation and measurement of spectra produced when materials interact with or emit electromagnetic radiation.

To be analyzed the chemical is heated because hot things glow and each chemical glows differently. The large number of wavelengths emitted by these systems makes it possible to investigate their structures in detail, including the electron configurations of the ground and various excited states. The various wavelengths of the glow make a color spectrum that differs in some detail from other chemicals.

Spectroscopy separates and measures the brightness of the different wavelengths. It also provides a precise analytical method for finding the constituents in a material having unknown chemical composition. It can identify the chemicals in a mixture, and determine some other things, such as how hot the thing is. In a typical spectroscopic analysis, a concentration of a few parts per million of a trace element in a material can be detected through its emission spectrum.

Spectroscopy is used in physical and analytical chemistry to detect, determine, or quantify the molecular and/or structural components of a sample. Each type of molecule and atom will reflect, absorb, or emit electromagnetic radiation in its own characteristic way.

Spectroscopic analysis has been crucial in the development of the most fundamental theories in physics, including quantum mechanics, the special and general theories of relativity, and quantum electrodynamics. It allows scientists to investigate and explore things that are too small to be seen through a microscope, such as molecules, and even smaller subatomic particles like protons, neutrons, and electrons. It played a key role in the development of quantum mechanics and is essential to understanding molecular properties and the results of spectroscopic experiments. There are special instruments to measure and analyze these light waves.