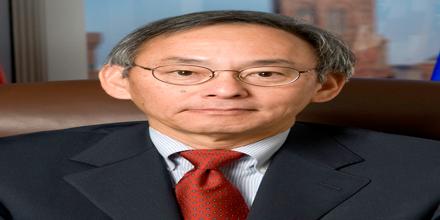 Steven Chu, Physicist was born February 28, 1948, St. Louis, Missouri, U.S. He graduated from the University of Rochester, New York, in 1970 with a B.S. in physics and an A.B. in mathematics. He received his doctorate in physics from the University of California, Berkeley in 1976. He was known for his research at Bell Labs and Stanford University in cooling and trapping of atoms with laser light, which won him the Nobel Prize in Physics in 1997, along with his scientific colleagues Claude Cohen-Tannoudji and William Daniel Phillips. He is a vocal advocate for more research into renewable energy and nuclear power, arguing that a shift away from fossil fuels is essential to combating climate change.