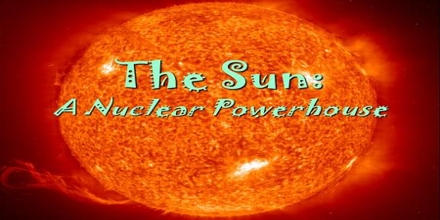 The Sun: A Nuclear Powerhouse

The Sun gives off energy. The energy must come from somewhere – there’s no free lunch. Conservation of energy is a fundamental tenet of physics. Now question where does the energy come from? Until the 20th century only two possibilities were known: Chemical reactions and Gravity. To understand the way the Sun produces energy, we need to learn a little about nuclear physics and the special theory of relativity. Nuclear physics deals with the structure of the nuclei of atoms. The special theory of relativity deals with the behavior of things moving at close to the speed of light.