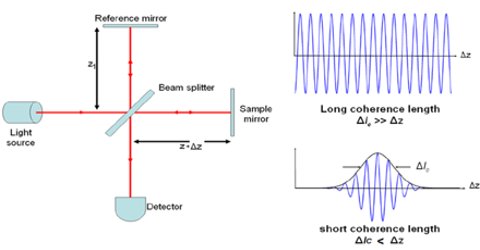 The Quantum Theory of Optical Coherence

The Quantum Theory of Optical Coherence

In the early sixties Roy was drawn into a completely different topic. He developed the quantum theory of optical coherence and photon detection, for which he was finally awarded the Nobel Prize in 2005. In this way he laid the foundations for modern quantum optics Correlation, it has long been recognized, plays a fundamental role in the concept of optical coherence. Techniques for both the generation and detection of various types of correlations in optical fields have advanced rapidly in recent years. The development of the optical maser, in particular, has led to the generation of fields with a range of correlation unprecedented at optical frequencies. The use of techniques of coincidence detection of photons has, in the same period, shown the existence of unanticipated correlations in the arrival times of light quanta.

The observable quantities of the electromagnetic field will be taken to be the electric and magnetic fields which are represented by a pair of Hermitian operators, E(rt) and B(rt). The state of the field will be described by means of a state vector, | i, on which the fields operate from the left, or by means of its adjoint, h |, on which they operate from the right. Since we shall use the Heisenberg representation, the choice of a fixed state vector specifies the properties of the field at all times.

The electromagnetic field may be regarded as a dynamical system with an infinite number of degrees of freedom. Our knowledge of the condition of such a system is virtually never so complete or so precise in practice as to justify the use of a particular quantum state | i in its description. In the most accurate preparation of the state of a field which we can actually accomplish some parameters, usually an indefinitely large number of them, must be regarded as random variables. Since there is no possibility in practice of controlling these parameters, we can only hope ultimately to compare with experiment quantities which are averages over the distributions of the unknown parameters.

The term “coherence” has had long if somewhat varied use in areas of physics concerned with the electromagnetic field. In physical optics the term is used to denote a tendency of two values of the field at distantly separated points or at greatly separated times to take on correlated values. When optical means are used to superpose the fields at such points (e.g., as in Young’s two-slit experiment) intensity fringes result.

The possibility of producing such fringes in hypothetical superposition experiments epitomizes the optical definition of coherence. The definition has remained a satisfactorily explicit one only as long as optical experiments were confined to measuring field intensities, or more generally quantities quadratic in the field strengths. We have already noted that the photon correlation experiment of Hanbury Brown and Twiss, performed in 1955, is of an altogether new type and measures the average of a quartic expression. The study of quantities of fourth and higher powers in the field strengths is the basis of all work in the recently developed area of nonlinear optics. It appears safe to assume that the number of such experiments will increase in the future, and that the concept of coherence should be extended to apply to them.

The optical definition does not at all distinguish among the many ways in which fields may vary while remaining equally correlated at all pairs of points. That much greater regularities may exist in the field variations of a maser beam than are required by the optical definition of coherence may be seen by comparing the maser beam with the carrier wave of a radio transmitter. The latter type of wave ideally possesses a stability of amplitude which optically coherent fields need not have. Furthermore, the field values of such a wave possess correlations of a much more detailed sort than the optical definition requires. These are properties best expressed in terms of the higher order correlation functions G (n), for n > 1.

The concept of coherence which has conventionally been used in optics is found to be inadequate to the needs of recently opened areas of experiment. To provide a fuller discussion of coherence, a succession of correlation functions for the complex field strengths is defined. The nth order function expresses the correlation of values of the fields at 2n different points of space and time. Certain values of these functions are measurable by means of n-fold delayed coincidence detection of photons. A fully coherent field is defined as one whose correlation functions satisfy an infinite succession of stated conditions. Various orders of incomplete coherence are distinguished, according to the number of coherence conditions actually satisfied. It is noted that the fields historically described as coherent in optics have only first-order coherence. On the other hand, the existence, in principle, of fields coherent to all orders is shown both in quantum theory and classical theory. The methods used in these discussions apply to fields of arbitrary time dependence. It is shown, as a result, that coherence does not require monochromaticity. Coherent fields can be generated with arbitrary spectra.