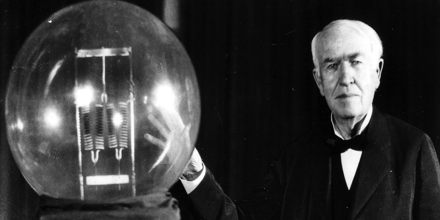 Thomas Edison was born on February 11, 1847 in Milan, Ohio. He had six brothers and six sisters. He never went to college and never got a degree because he only went to school for three months as a young child. He developed many devices that greatly influenced life around the world, including the phonograph, the motion picture camera, and the long-lasting, practical electric light bulb. Thomas Alva Edison died in West Orange, New Jersey on October 18, 1931.