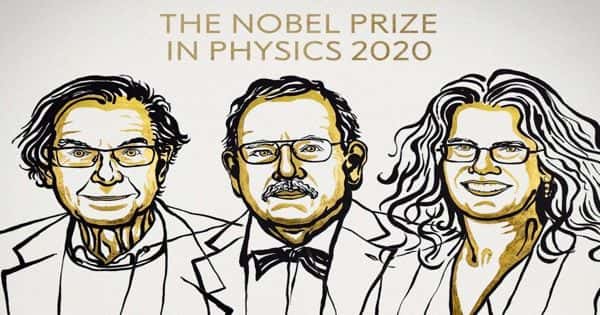 This year’s Nobel Prize in Physics was awarded to three scientists for their work on black holes. They are awarded for their discoveries around one of the most fascinating and mysterious parts of our known universe: black holes. British cosmologist Roger Penrose will receive half of the prize, with the remaining half split between German astrophysicist Reinhard Genzel and American astrophysicist Andrea Ghez. Reinhard Genzel and Andrea Ghez were jointly awarded half of the annual Prize for their discovery of a compact, supermassive object indicative of a black hole at the center of our Milky Way galaxy. Richard Penrose was awarded half of the Prize for mathematical methods proving that black holes are indeed a consequence of Albert Einstein’s general theory of relativity. Ghez is only the fourth woman in history to receive the venerable physics prize. 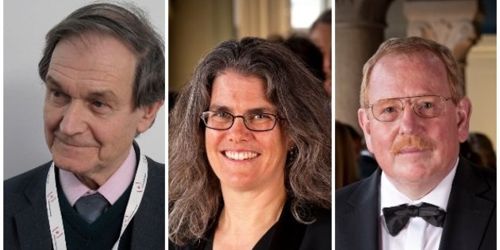 Black holes are regions of space in which the force of gravity is so strong that not even light can escape. Mysterious, exciting, and inescapable, black holes form when an enormous mass is squashed into a small space, as occurs when massive stars collapse. Einstein’s 1915 theory states that massive objects, like planets, stars, and supermassive black holes distort space-time around them, which gives us gravity. A result is an object where gravity is so strong that a one-way street is formed; not even light can escape, meaning black holes are invisible, while to distant observers time appears to stand still in the region surrounding it that is known as the event horizon. The more massive an object is, the stronger its distortion is, and thus the stronger its gravitational pull is.

For decades, black holes were a theoretical explanation for what occurs when objects become so massive that light can’t escape their gravitational pull, but even Einstein himself didn’t think they existed. Penrose, a professor at the University of Oxford, proved that they could form in 1965 with a mathematical model. Our first actual image of a black hole only just occurred in 2019. “This year’s prize is about the darkest secrets of the universe,” said Göran K. Hansson, secretary-general of the Royal Swedish Academy of Sciences, at a press event. The academy is recognizing the two scientists “for the discovery of a supermassive compact object at the center of our galaxy.” That object was a large black hole.

Genzel and Ghez’s work has involved observing the center of our own galaxy, a region known as Sagittarius A*, since the 1990s, using the biggest telescopes on Earth. What they found was a whole bunch of stars spiraling around the galaxy’s center at ludicrous speeds, evidence that they’re being pulled by a supermassive black hole.

Ghez, a professor at the University of California, Los Angeles, is only the fourth woman to win a Nobel Prize in Physics. She told the committee in a phone interview that she wanted her example of success to encourage other women to explore her field of work. “Science is so important, and presenting the reality of our physical world is critical to us as human beings,” Ghez said in an interview with reporters after learning of her award.

“I hope I can inspire other young women into the field,” she said. “It’s a field that has so many pleasures, and if you are passionate about science, there’s so much that can be done.”

Genzel, of the Max Planck Institute and the University of California, Berkeley told Reuters that, when he received the call, he was emotional. “I cried a little bit,” he said. The Nobel Prizes will be awarded this year in a virtual ceremony because of the pandemic.