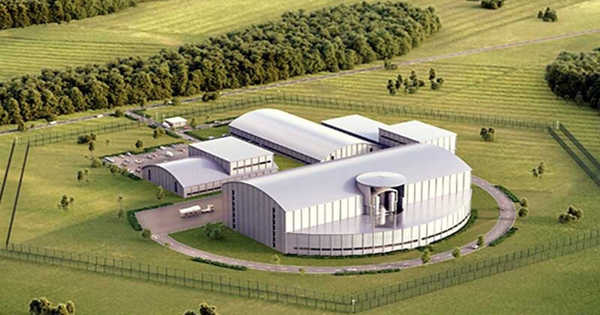 To Improve the Safety of Next-generation Reactors, Researchers Developed an Advance Model

Research reactors are a diverse group of reactor types that are not used to generate electricity. The primary function of research reactors is to provide a neutron source for research and other applications such as education and training. They are insignificant in comparison to power reactors, the primary function of which is to generate electricity.

When one of the largest modern earthquakes hit Japan on March 11, 2011, the nuclear reactors at Fukushima-Daiichi shut down automatically, as designed. The subsequent tsunami destroyed the emergency systems, which would have helped maintain the necessary cooling of the core. Because the reactor could no longer cool itself, the core overheated, resulting in a severe nuclear meltdown unprecedented since the 1986 Chernobyl disaster.

Reactors have improved exponentially in terms of safety, sustainability, and efficiency since then. Unlike the Fukushima light-water reactors, which used liquid coolant and uranium fuel, the current generation of reactors uses a variety of coolants, including molten-salt mixtures, supercritical water, and even gases like helium.

When one of the largest modern earthquakes struck Japan on March 11, 2011, the nuclear reactors at Fukushima-Daiichi automatically shut down, as designed. The emergency systems, which would have helped maintain the necessary cooling of the core, were destroyed by the subsequent tsunami.

Dr. Jean Ragusa and Dr. Mauricio Eduardo Tano Retamales of Texas A&M University’s Department of Nuclear Engineering have been researching pebble-bed reactors, a new fourth-generation reactor. Pebble-bed reactors make use of spherical fuel elements (referred to as pebbles) and a fluid coolant (usually a gas). “In such a reactor, there are approximately 40,000 fuel pebbles,” Ragusa explained. “Imagine the reactor as a huge bucket filled with 40,000 tennis balls.”

As the gas in the reactor core begins to heat up during an accident, cold air from below begins to rise, a process known as natural convection cooling. Furthermore, the fuel pebbles are made of pyrolytic carbon and tristructural-isotropic particles, allowing them to withstand temperatures as high as 3,000 degrees Fahrenheit. Pebble-bed reactors, as very-high-temperature reactors (VHTRs), can be cooled by passive natural circulation, making an accident like Fukushima theoretically impossible.

During normal operation, however, a high-speed flow cools the pebbles. This flow causes movement around and between the fuel pebbles in the same way that a gust of wind changes the trajectory of a tennis ball. How do you account for the friction between the pebbles and their effect on the cooling process?

This is the question Ragusa and Tano set out to answer in their recent publication in Nuclear Technology, “Coupled Computational Fluid Dynamics-Discrete Element Method Study of Bypass Flows in a Pebble-Bed Reactor.”

“We used the Discrete Element Method to solve for the location of these ‘tennis balls,’ accounting for the flow-induced motion and friction between all the tennis balls,” Tano explained. “In the SANA experiment, the coupled model is then tested against thermal measurements.”

The SANA experiment, carried out in the early 1990s, investigated how the mechanisms in a reactor interact when transmitting heat from the center of the cylinder to the outer part. Tano and Ragusa now have a standard against which to validate their model’s thanks to this experiment.

As a result, their teams created a Computational Fluid Dynamics-Discrete Element Methods model for studying flow over a pebble bed. This is the first computational model of its kind that can now be applied to all high-temperature pebble-bed reactors. This type of high-accuracy tool enables vendors to develop better reactors.

“The computational models we develop enable us to more accurately assess various physical phenomena in the reactor,” Tano explained. “As a result, reactors can operate at a higher margin, producing more power while increasing reactor safety. We do the same thing for the Department of Energy with our molten-salt reactor models.”

As artificial intelligence develops, its applications to computational modeling and simulation expand. “This is a very exciting time for the field,” Ragusa said. “We also encourage any prospective students who are interested in computational modeling to contact us, because this field should be around for a long time.”