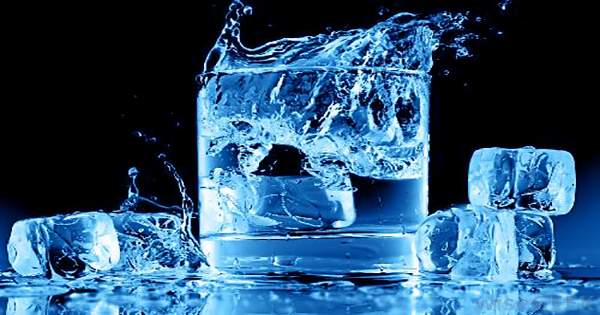 There is a strong possibility you are envisioning ice when you think about cold temperatures. For us, ice is the archetypal “cold” object. However, under severe pressures, such as those found in the cores of big planets, something strange can happen. Ice may be solid yet have a temperature higher than that of the Sun’s surface. “Superionic ice” is the name given to this sort of water ice, which has been added to the list of about 20 structural phases that water can take on, including ice, liquid, and vapor. Researchers describe the discovery and characterisation of two superionic ice phases in Nature Physics, having discovered a means consistently and stably recreate the ice for longer than previously possible in order to study it.

At sea level, one superionic phase has a pressure of 200,000 to 600,00 times atmospheric pressure and a temperature of several hundred to over 1,000°C. The other phase reaches half the pressure at the Earth’s core and has temperatures in the thousands of degrees. In a statement, co-author Vitali Prakapenka, a University of Chicago research professor and beamline scientist at the Advanced Photon Source at the Argonne National Laboratory, said, “It was a surprise — everyone thought this phase wouldn’t appear until you’re at much higher pressures than where we first find it.”

“However, owing to various strong technologies, we were able to map the features of this new ice, which represents a new phase of matter, extremely precisely.”

The ice stays solid at greater temperatures and pressures, but the atomic structure changes considerably. The ice, however, returns to its normal condition once the pressure and temperature released. “Imagine a cube, a lattice with oxygen atoms joined by hydrogen at the corners,” Prakapenka explained. “The lattice widens as it converts into this new superionic phase, allowing the hydrogen atoms to move about while the oxygen atoms stay put.” It’s similar to a solid oxygen lattice floating in a sea of hydrogen atoms.”

Superionic ice has a lower density than ordinary ice, which is already lower than liquid water. It also has a color change. While water ice may range in color from clear to hazy white depending on how it freezes, superionic ice is darker because to the way it interacts with light.

“It’s a new state of matter,” Prakapenka explained, “so it basically behaves as a new substance, and it may be different from what we imagined.” Similar severe pressure and temperature conditions are thought to occur inside Neptune and Uranus, as well as additional ice giant planets outside the Solar System, according to planetary experts. Understanding the features of superionic ice may aid our understanding of these worlds’ attributes.