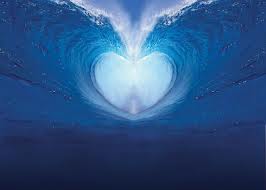 Wave transfers energy from one point to another, often with no permanent displacement of the particles of the medium that is, with little or no associated mass transport. Waves are described by a wave equation which sets out how the disturbance proceeds over time. Radiant energy like visible light, x-ray, infrared ray, micro wave etc. are simultaneous oscillations of electric and magnetic field. This type of wave can propagate without any material medium.